Bigg Boss OTT is currently one of the most watched and most popular shows on social media. There are various fan pages which are talking about the updates of the show and its contestants. This show will be played for only a week and after that Bigg Boss 15 will premiere on television.

But talking about the latest update of Bigg Boss OTT, we have got to know that in the upcoming Weekend Ka Vaar episode, the makers have invited a long list of guests. If reports are to be believed, the show will witness the entry of Neha Kakkar and Tony Kakkar as guests to promote their latest song ‘Kaanta Laga’. Apart from them, very popular and ex Bigg Boss contestants Rashmi Desai and Devoleena Bhattacharya will also come and interact with the housemates. Social media influencers Aashika Bhatia and Akshay Kakkar will also join the guest list and play a MX TakaTak task with housemates.

Bigg Boss To Finally Break All The Connections, The Individual Game Play To Begin Now

But the most special guest will be Varun Sood who will be on the sets to surprise his girlfriend Divya Agarwal who is currently inside the BB House. 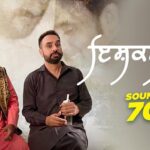 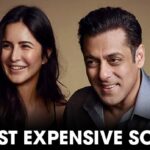