The popular controversial reality show Bigg Boss OTT is around the corner as it will see its release on August 8. The 15th season has created a lot of buzz imagining the fact that Bollywood’s A-list director Karan Johar will be anchoring the reality show for the first six weeks.

Ever since the show was announced, several celebrities’ names have been doing rounds on social media. Now finally the makers have disclosed the first contestant of the show – singer Neha Bhasin. The singer who won million hearts by lending her voice to the popular Bollywood song ‘Swag se Swagat’ is all set to be welcomed with a lot of Over The Top Swag by her Bigg Boss OTT fans.

The promo began with Neha Bhasin singing the viral hit song Bajre Da Sitta and says, “Get ready to hear my voice in the Bigg Boss house. This voice sings, resonates but is not scared of anyone.”

Meanwhile, if rumors are to be believed then Divya Agarwal, Ridhima Pandit, Aastha Gill and others are expected to take part in Bigg Boss OTT. However, there is no official confirmation about the same. 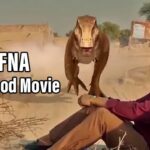 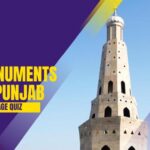