In 2021, the makers of Bigg Boss came up with a new concept, where they began Bigg Boss OTT, which streamed on the digital platform Voot. The OTT version was a fair hit among fans. The concept was totally different from the TV version which made the show more interesting and viewer-friendly.

Now, the rumours have been spreading that the makers will soon release Bigg Boss OTT 2. Season 2 might have a similar concept and Karan Johar returning as a host.

A close source from the show informed Bollywood Life portal  that the second season will be released soon and audiences will again catch the glimpse of Karan Johar as a host and dost. And like the former season, BB OTT will follow the same routine of KJo handing over the report card to the contestants over the weekend.

Like in the first season, we saw many popular faces, this time again the makers are reaching for famous stars. Reports also suggest that the new season is expected to start somewhere in mid-2022. And after the end of the digital version, viewers can expect the release of Bigg Boss 16.

Bigg Boss OTT season 1 was a complete package of entertainment. Hence, the makers have reportedly decided to come up with its second season on VOOT soon. It is also stated that the makers have started their witch-hunting to find suitable contestants.

Meanwhile, the BB OTT season 1 was hosted by Karan Johar in which Divya Agarwal appeared as the winner. From OTT, Pratik, Nishant, and Shamita entered Bigg Boss Season 15 and participated in the show which was aired on Television. 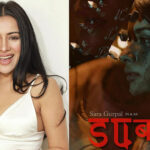 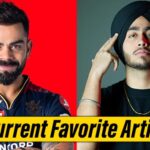