Humour and Entertainment have been the only saving grace during the unfortunate pandemic period. To reinforce the recovery attitude and beliefs, Zee Punjabi has addressed the need of north Indian audience and filled this vacuum as they bring a dose of comedy with film ‘Jinne Jamme Saare Nikamme’ starring Jaswinder Bhalla, Binnu Dhillon, Seema Kaushal, Pukhraj Bhalla, Armaan Amol and more. They will live up to the name as the famous comedy stars of Punjabi Cinema take the responsibility of creating a riot of laughter for everyone sitting at home.

Some people are eagerly waiting for their upcoming project to release whereas others are against the same. And the reason is that it is being released under the label of Zee. And due to ongoing farmers’ protests people are opposing the film and artists. But in a recent interview both Jaswinder and Binnu disclosed that they were bound by a contract to do the movies. Also said that the farmer protests didn’t even begin back when they all were signed the movies.

In Fact they signed the film to release on the big screen rather than on the OTT platform. Both the actors and their team are against Zee irrespective of whether their film is released under their label. Binnu said if the owner stands between them, he will not recognise him as the owner is not his relative. If he has relation with something or someone that is only farmers, Punjab and his culture. He works for his people, his family and always stands with the people protesting over the battlefield.

Same were the statements given by actor Jaswinder Bhalla. All of them did not support the Zee channel but they are helpless and committed to work with them.

However, the trailer was released lately and people loved it. The film is coming up with a new format and is a total blend of humour, love and drama. 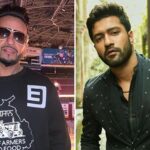 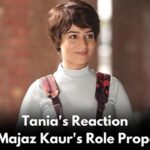