The very charming guy from Punjabi Music Industry who has been winning the hearts of the audience has turned 32 today. Yes we are talking about Jassie Gill. It’s his birthday today and we really hope he is celebrating it with great zest.

Badshah & Guru Randhawa Coming Together For A New Party Anthem

Today Gill is definitely a very popular and much-loved artist from Punjab, but do you know he never thought or planned to be a part of this industry? Though he had no idea of his destiny, his teacher had. When Jassie was a small school going kid, his computer teacher once read his palm and predicted that there would be his posters all around. And guess what? Jassie still didn’t get the hint.

Sonu Nigam lashed out at media house The Tribune

When he grew up, he was a National level player of Volleyball, and when his team brought victory for the school, the school promoted them with posters all around. Jassie had a thought and realized maybe the prediction of his computer teacher has come true. But now he must know that it was not all. His computer teacher meant so much more, which we all can notice.

Not only is he popular as a great singer, but people now know him as a great actor too. Jassie has proved his caliber both in Punjabi Music & Film Industry and Bollywood as well.

Talking about his Bollywood journey, he has worked with Kangana Ranaut, Sonakshi Sinha, and Diana Penty in movies Panga and Happy Phirr Bhag Jayegi.

And he is soon going to rock the screens once again in his upcoming bollywood film opposite Surbhi Jyoti. Know the details about the film here,

Surbhi Jyoti To Star Opposite Jassie Gill In Her Debut Film

We wish his luck and heartiest congratulations on his birthday. 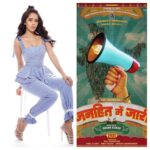 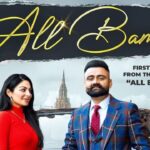