BJP leader Tajinder Pal Singh Bagga who urged the Punjab DGP to take action against CM Bhagwant Mann, has registered a police complaint against the CM, accusing him of entering Gurudwara in inebriated condition.

As per the news agency ANI, a police complaint has been filed against Punjab CM Bhagwant Mann on Saturday for allegedly entering a Gurudwara in a drunk state.

While posting a copy of the complaint on his Twitter handle, the BJP leader tweeted:

Seeking an apology from Punjab CM Bhagwant Mann, the Shiromani Gurdwara Parbandhak Committee (SGPC) Friday alleged that CM Mann had entered Takht Sri Damdama Sahib in a drunk state on the occasion of Baisakhi which was celebrated across the country on April 14. Along with the SGPC, former deputy CM and Akali Dal president Sukhbir Singh Badal had also slammed CM Bhagwant Mann, seeking an apology from him. Now BJP leader Bagga has registered the case with the police.

“If the test proves me wrong, then the Shiromani Akali Dal will tender a public apology and face any punishment. But if the allegations turn out to be true, then a case under Section 295-A (deliberate and malicious acts to outrage religious feelings) of the Indian Penal Code (IPC) must be registered against CM Bhagwant Mann.” 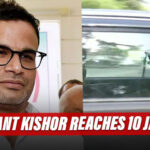 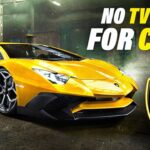