The Saffron Party, as per the media reports, is planning a major reshuffle in its state unit in Punjab. Moreover, in the past few months, a lot of Congress leaders including former MP Sunil Jakhar, have left the grand-old-party and joined the BJP.

Despite the party facing a humiliating defeat in the assembly elections as well as the Sangrur Lok Sabha by-election recently, the strategists of the BJP believe that those who have joined the party recently, have a personal voter base in their respective areas. Amidst the speculations of a major reshuffle, there are a lot of names in BJP’s list.

Interestingly, the former Congress MLA who joined the BJP during the assembly elections, is the brother of senior Congressman and leader of the opposition, Partap Singh Bajwa. Furthermore, with Fateh Jung Bajwa’s name buzzing around, it seems that the BJP is planning to launch a new Sikh face in the state.

Earlier, the BJP used to be the alliance partner of Shiromani Akali Dal (Badal), headed by former CM Parkash Singh Badal and then his son Sukhbir Singh Badal. However, after the three farm laws were introduced, the Akalis quit the NDA and contested on their own, as did the BJP, in the assembly elections, but both faced a humiliating defeat and failed to cross even 5 seats.

As of now, the BJP doesn’t seem in a mood of again joining hands with the Akali Dal. Additionally, the BJP, despite facing several defeats, is planning to expand itself in the border state of Punjab. With this, it will be interesting to see whom the BJP gives the new responsibility. 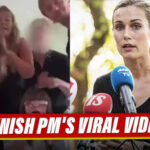 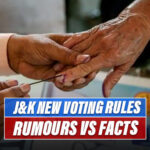