There has been a political tussle going on between the BJP and the Congress party, over the number of deaths during the Covid pandemic. Former Congress president Rahul Gandhi has been continuously questioning the BJP over the Covid-19 deaths, on the basis of a report of WHO.

Now the BJP has responded to the allegations and questions of Rahul Gandhi, accusing him of doing politics over Covid-19 deaths, alleging that both, the WHO’s data and Congress’ “beta” (son) are absolutely wrong.

During a press conference, BJP spokesperson Sambit Patra said the World Health Organisation’s (WHO) methodology to calculate estimated deaths in India due to the virus is “flawed” and the Indian government has conveyed its objections to the organisation. Slamming Rahul Gandhi, BJP spokesperson Sambit Patra Said, “Gandhi has tried repeatedly to lower Prime Minister Narendra Modi’s image since 2014 and has in the process lowered India’s image. India has a robust mechanism for birth and death registration. The WHO’s data and the Congress’ beta are wrong”.

Gandhi had earlier attacked the government over a WHO report which claimed there were 4.7 million Covid deaths in India, saying “science does not lie, Prime Minister Narendra Modi does”, and also demanded that the government should support the families that have lost their near & dear ones ones by giving them the mandated ₹4 lakh compensation.

The WHO had said that almost 15 million excess deaths were recorded during the pandemic until 2021. Around 84 percent of these deaths were recorded in South-East Asia, Europe and the Americas. 10 countries account for 68 percent of these deaths. WHO’s estimate makes India the worst-affected country in the world. Meanwhile, the union health ministry has objected to the methodology used by WHO to come up with the figure. 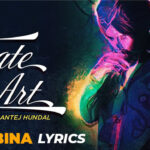 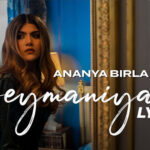