Punjabi singer Gagn Kokri who last year touched the heartstrings of the audience with the song ‘Blessing Of Sister’ is ready to come up with another emotional track dedicated to brothers. Taking to his social media handle, the singer has shared the poster of his upcoming track. The song has been written by Joban Cheema and has music by Laddi Gill is another amazing number releasing soon.

While, sharing the poster, Gagan wrote a heartfelt and emotional note which reads, “Little BREAK lai c to be with myself but hun back to back BLESSINGS series de har Ik song nu tusi boht hi pyaar ditta always and my last song BLESSINGS OF SISTER was very memorable for me due to your calls , msgs and REELS from round the world , hun BROTHER di vaari a so Ready raho apne apne brother nu jaffi pa k BHANGRE paun lai, Jehde Nahi vi bolde koshish hai k ah song ton baad call jaroor karo Ge Ik duje nu to say LOVE YOU BROTHER for everything till today I promise you it your brother anthem and Can wait to release it.”

Further, the poster of the song shows a younger brother sitting with an elder one, holding each other’s back, and this shows that the track is certainly packed with a lot of emotions. 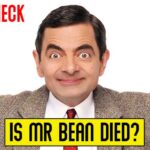 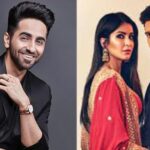