Rapper Bohemia is easily one of the most standout artists in the Punjabi Music Industry and he’s someone the audience always has their eyes upon. Besides being recognized as an icon in the Desi Hip Hop culture, Bohemia is also known for his collaborations with various artists of the industry. But recently, Bohemia took it to his official Instagram to share that he had cancelled all of his upcoming collaborations!

This has left the fans disappointed and in complete shock. One of the most awaited collaborations of the year, and the industry, Bohemia with Babbu Maan, was set to happen in 2022 but Bohemia scrapped the project. Apologizing to the artist, he wrote in his Instagram story that he couldn’t do the collaboration that Babbu Maan had sent him. He also skipped a collaboration with Coke Studio.

In the follow up story, he announced that he is not available for any collaborations or raps and is strongly focusing on his solo album. His collaboration with Guru Randhawa, which is set to release within a month, will be his last collaboration. In all the Instagram stories, the rapper seemed to specifically mention about his “Solo” Album.

While the rapper publicly shelved all his collaborative projects that were yet to release, he hasn’t let the people know the reason behind it. On one hand, where the fans are shattered to know that Bohemia X Babbu Maan isn’t happening anytime soon, they’re also excited for Bohemia’s “Solo” album. We hope Bohemia lets his fans have a clue about what’s going on that has caused him to scrap all of his collaborations. 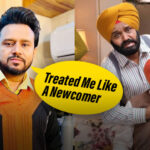