Two of the biggest names in the Punjabi Music Industry, Sidhu Moosewala and Bohemia have made 2 tracks together so far. The legendary collaboration happened in the songs Same Beef and These Days and both the tracks are some of the biggest ever tracks of both the artists. Which is very obvious, when two artists of such stature come together to make a song, it is a sure superhit!

And now, the fans might get to see the duo back together for another track. Bohemia recently revealed that another Sidhu Moosewala and Bohemia collaboration is on its way.

Amrit Maan said to Bohemia that he and Sidhu Moosewala will fly to the West Coast, California soon and the trio will be working on a track together. Bohemia hinted that this time he might produce the track or can be a feature like in the previous collaborations. So, a Sidhu Moosewala, Amrit Maan and Bohemia collaboration is very near.

Due to the global pandemic of COVID-19, a flight ban is currently into effect. Because of the travel ban, Sidhu and Amrit cannot fly to California at the moment. The collaboration will only be possible once the travel ban is lifted by the government and Sidhu-Amrit can go and meet Bohemia.

The industry has been affected a lot by this virus. The film industry was in a complete hold for almost a year and the music industry also suffered problems in shootings and travel. But now, things seem to get settled down, the theatres have already been opened and we expect that the travel ban will also be lifted soon and we might get to see a track by the trio soon! 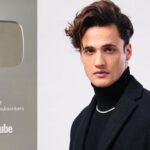