B-Town celebs often get to encounter some brutal trolls. Be it because of their movies or a random fashion choice, the stars are always on the radar, never to be missed by the netizens. While the stars also get millions of support and overtly admiration from netizens, the brutal trolls can be too over the top sometimes.

And this time we collected some photoshop images of Bollywood celebrities which were badly photoshopped and caught by the netizens.

Take a look at celebrities who were trolled for their disastrous photoshop:

Urvashi Rautela, who has been listed as the most beautiful woman by many polls and media tabloids, shared some sizzling photos of herself flaunting her sexy thighs and ample cleavage in a black outfit. While she dropped the picture, netizens started trolling her. A user called it a wax model of the actress, the other wrote why she has a pimple on her upper area of the bosom.

In another workout session, she has shown her buttocks which look unreal to her followers.

PCee can be seen quite sharing pictures with husband Nick Jonas. But once Nick had to attend the Awards Night alone as wife Priyanka was occupied with other professional commitments. To make the husband feel better, Priyanka decided to photoshop herself into the photo but in reality, made a joke of herself. They trolled her and said, “Whiter than white people”.

When Aishwarya Rai Bachchan had a photoshoot with Global icon Pharrell Williams at that time, the result was too mind-blowing to be missed. People claimed that the pictures of Mrs Bachchan are photoshopped as they can’t see her ‘hips or legs’.

Parineeti Chopra once had a photo shoot for Filmfare in a swimsuit. But it seems like some section of the internet doesn’t like it and is trolled for bad photoshoots. The Internet took out its scrutinizing tools and pointed out that Parineeti’s photo is extensively photoshopped – to the extent that the edit strokes are easy to spot. In the cover photo, Parineeti makes a bold statement in black and nude swimwear.

Kareena Kapoor once took it to her Instagram to share a picture after her yoga session. However, while the actress truly got us oozed by her fitness and glow, netizens pointed out that she photoshopped her left arm in the picture.

Pataudi girl Sara Ali Khan often engages with fans with her cutest photos. However, in one of the photos, Sara can be seen posing with an African man and getting trolled heavily online. In the picture, Sara looked ravishing but after observing closely, one can notice that it has Sara’s shadow on the ground as the photo is in the sun, but the African man’s shadow was nowhere to be seen. The netizens noticed this epic photoshop failure and started trolling the magazine for stripping a Kenyan man of his shadow and making Sara Ali Khan’s click effortless.

A couple of years before, Deepika Padukone did a photoshoot for a jewellery brand which didn’t go well with some of the fans of the actress. Netizens felt something was wrong with her nose. But after looking closely, netizens can’t help themselves from questioning Deepika’s nose, hair and skin tone in the picture and blame everything on one thing – they feel she’s photoshopped badly.

These are not all, there are many other pictures of these and various celebrities who photoshopped their pictures to unexpected levels, and invited trolls from the netizens. Have a look at some of them here;

Isn’t everything wrong with Bipasha’s Skin Tone in this pic?

Too many curves for this photoshoot?

Looking as bright as a light bulb, it’s not her real skin tone.

Wish we had flawless armpits like Anushka, but not everyone knows how to use Photoshop.

He is the King Khan. But that wasn’t enough for this fairness promoting brand.

We wish the editor knew how beautiful Konkana looks in her real skin.

Don’t get fooled, the abs are edited.

Are these the perfect armpits? We guess there is something wrong with ours then.

Have you ever seen a 2D Stomach? Here it is.

Moreover, many celebrities have made body-positive statements in response to seeing heavily edited images of themselves. Also, stars have spoken out against the ways edited photos can perpetuate unrealistic beauty standards. 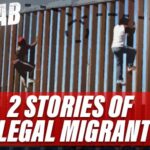 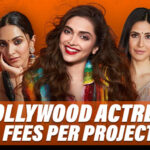