On Monday, Prime Minister Modi renamed 21 Andaman and Nicobar islands after the Param Vir Chakra recipients. In addition, on the 126th birthday of India’s legendary freedom fighter, Netaji Subhas Chandra Bose, PM Modi unveiled the model for a memorial that would be built in the Andaman and Nicobar Islands and claimed that it would inspire people to feel patriotic.

Prime Minister Modi stated in his virtual address, “Andaman is the land where the Tricolour was hoisted for the first time and where the first government of an independent India was established.” Today marks Netaji Subhash Chandra Bose’s birthday. “PM Modi stated that the nation observes Parakram Diwas on this day. He added that the Andaman and Nicobar Islands people would feel even more patriotic thanks to Neta ji’s memorial. I pay tribute to the Param Vir Chakra Award winners and Neta Ji.

After the model’s virtual inauguration, PM Narendra Modi gave a speech in which he renamed 21 islands in the UT of Andaman and Nicobar Island after the Param Vir Chakra recipients.

I am grateful, Hon. On the 126th anniversary of the great Netaji Subhas Chandra Bose’s birth, PM @narendramodi ji renamed 21 islands in #AndamanNicobar in honor of the 21 ParamVirChakra awardees, the real heroes of our nation. So pleased! # On Twitter, he wrote, “JaiHind #ParakramDivas.”

“What a remarkable way to honor Param Vir Chakra winners,” Akshay Kumar wrote on Twitter. Paying tribute to their bravery and sacrifices. #IndiaHonoursParamveers.”

Ajay Devgn said that the decision guarantees that future generations will be inspired by the sacrifices these soldiers made.

“The choice of naming an island after Capt. Manoj Kumar Pandey (Param Vir Chakra) promises that the example of supreme sacrifice he set for our motherland will continue to inspire future generations. On Twitter, Ajay Devgan wrote while thanking prime minister Narendra Modi.

“The fact that an island in Andaman & Nicobar has been given the name Capt. Vikram Batra gives me goosebumps! Being able to witness his performance on screen fills me with pride. Sidharth tweeted he adds that the action taken by prime minister Narendra Modi ensures that Shershaah will continue to exist forever. 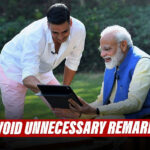 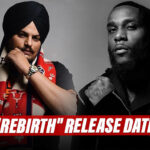