While the Bigg Boss OTT has already become hot news since after its premiere night, there is something which has highlighted the show even more. You will be glad to know that the very beautiful and veteran Bollywood actress is soon going to make her grand entry in the most controversial television reality show i.e. Bigg Boss.

As per latest reports, it is confirmed that Rekha will be joining Salman Khan on the premiere of Bigg Boss 15 in which she will meet all the contestants who will be participating in Bigg Boss 15. The makers are in talks with Rekha and have planned to give a special responsibility to Rekha. She will be giving Voiceover to a new feature of BB which will be called “Tree Of Fortune”.

It is known that Bigg Boss 15 will premiere in September with some new faces joining in but it will also include the contestants who will survive the ongoing show Bigg Boss OTT hosted by Karan Johar. It’s already been a week, and now only 5 weeks of OTT are left with one eviction already done. Urfi Javed has been evicted from the show in its first Weekend Ka Vaar, and talking about the upcoming Weekend Ka Vaar episode, the entire house which means all the contestants are nominated for eviction as a punishment by Bigg Boss. And you are willing to know what disappointed the Bigg Boss, here is what exactly what happened;

Bigg Boss Disappointed and nominated all contestants of Bigg Boss OTT for Eviction this week. 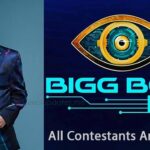 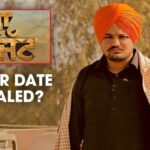