2 August will mark the end of one of the most successful albums ever in the Punjabi Music Industry. Celebrity Killer by Sidhu Moosewala featuring Tion Wayne is going to be the last track of the album MooseTape. The opening track of the album was released on 15 May and it has been 2 months since the MooseTape season has entertained music fans all over the world and finally, the end is near! But wait, this is not it!

Sidhu Moosewala recently uploaded a story on his Instagram account that has filled his fans with enthusiasm. The fans who were sad realizing MooseTape is going to end have once more been uplifted with hope. Sidhu asked his fans to note down the date of 9 August. If we go by the announcements, 2nd August should mark the end of MooseTape but Sidhu’s story has given a hint that something big is coming on 9 August.

The most probable speculation is that MooseTape will not end with Celebrity Killer. The album will have a Bonus track or even tracks. And 9 August is expected to be the date when the Bonus Track is expected to drop.

Earlier in a QnA session, a fan had asked Sidhu Moosewala that MooseTape is going to end, but Sidhu replied that it is not the end yet. Ever since fans have been speculating that the album is going to be extended using bonus tracks.

Whether a bonus track or something big, one thing is for sure that Sidhu Moosewala is still going to entertain his fans on 9 August, after the presumed end of the album. The album might end but Sidhu’s songs will keep dropping and making music fans fall in love with him, always. 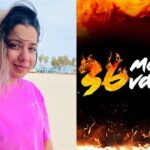 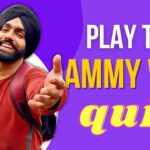