Just a few days ago, a video from Karnal, Haryana went viral on the internet. It showed a group of boys roaming on the streets in an Accent car and showing ‘middle finger’ to anonymous girls. The video was shared by popular Animal Activist Sahi Daljeet on her Instagram account, questioning the safety of the girls.

The video attracted a lot of public lashing out in the comments at the group of boys for their conduct. The video reached social worker and a member of the Kaum De Rakhe group, Amritpal Singh Mehron. Amritpal immediately uploaded an Instagram story, ensuring that strict actions will be taken against the misbehaving boys.

And now, the actions have finally been taken. A video has come out in public, which shows the boys, who misbehaved with the girls, apologizing for their actions. It also shows Amritpal Singh Mehron standing alongside them. Amritpal Singh Mehron has previously too been involved in many such incidents.

He had rescued a man who had been kept as a slave for almost a decade by a family in Rajasthan. Amritpal was also responsible for beating up Punjabi Youtuber Producer Dxx for making inappropriate videos. Now, he’s again come out to help the girls and serve his own justice.

The video shows the same boy along with one other, standing alongside Amritpal Mehron and apologizing for his misconduct. He assured the public that he would never repeat such an action and feels extremely shameful for whatever he’s done. 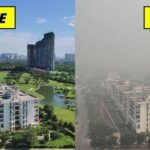 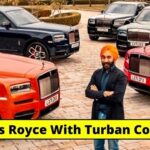