Brahmastra: Part One- Shiva is just a couple of days away from its theatrical release. Touted as the most expensive movie of Indian cinema history, Brahmastra has the eye of every cinema lover right now. Made on a huge budget of over ₹410 crores Brahmastra is in question, ‘will it succeed in recovering its cost?’

This question seems legit as the performance of recent big budget Bollywood movies was not very pleasant. And the boycott trends have eaten up many movies in recent time, a prominent example of which is Aamir Khan’s Laal Singh Chaddha. Boycott campaign against Brahmastra is also trending on twitter.

However, Brahmastra seems unstoppable for now as its advance booking is racing towards record breaking numbers. The Ranbir starrer has sold 1.3 lacs tickets in advance so far. It has recorded the biggest advance for a Hindi film at box office post pandemic.

As per reports, Brahmastra has also recorded this year’s highest advances for a Hindi film, beating Bhool Bhulaiyaa 2, as well as that of 83, two days prior to release. The Ranbir-Alia starrer has the highest advance bookings for a Hindi original, since the Covid-19 pandemic.

Trade analyst Sumit Kadel took to Twitter to share the advance booking report of Brahmastra writing, “#Brahmastra has sold 1.35 lakh tickets for the opening day at national chain multiplexes.. Records biggest advance for a hindi film post pandemic.. Last 2 days advance booking is likely to shoot up and the final number may land around ₹ 2-2.5 lakh tickets. All set for BIG OPENING !!”

Meanwhile, some reports suggest that Brahmastra: Part One- Shiva is getting the widest release for a Hindi film. The movie recently commenced advance bookings and as per reports is already doing stellar business at the box office in pre-release sales. Reportedly, the film has a huge momentum at the moment and even places like Jaipur, Patna and Indore are showing excellent response.

Helmed by Ayan Mukerji, Brahmastra: Part One- Shiva is the first part of the Brahmastra trilogy. It stars multiple superstars including Ranbir Kapoor, Alia Bhatt, Amitabh Bachchan, Nagarjun, Mouni Roy and many others. It also features an extended cameo appearance of Shahrukh Khan. Karan Johar’s Dharma Production is the producer of the film along with Starlight studios, Ranbir Kapoor & Ayan Mukerji. It is releasing worldwide on September 9th.

Also Read: Vijay Deverakonda’s ‘Jana Gana Mana’ Shelved After Liger’s Box Office Failure
The pre-release numbers of Brahmastra is enlightening the hope for a historic performance from the movie that can revive Bollywood after back to back disastrous flops.. 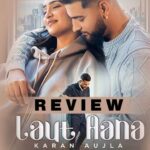 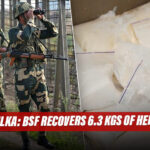