The murder of Shiv Sena leader Sudhir Suri in broad daylight has once again feared the people of Punjab. Moreover, the BJP, SAD and the Congress party have already slammed the Aam Aadmi Party government of Punjab, stating that the law and order situation has collapsed in the state. However, as per the latest development, a Canada-based gangster has claimed the responsibility for Sudhir Suri’s murder. (Source – The Tribune)

Reportedly, Canada-based gangster Lakhbir Singh Landa, in a social media post, claimed responsibility for Shiv Sena leader Sudhir Suri’s murder. Though the police officials have now been checking the authenticity of the social media post, being tight lipped over the matter. Meanwhile, a heavy security deployment is seen outside the postmortem house.

On the other hand, the Shiv Sena and the other right wing leaders and workers in Punjab have been protesting in groups against Sudhir Suri’s murder, lashing out at the state government. Furthermore, the police have started investing the case, though the reason behind the murder yet remains unclear.

However, with Canada-based gangster Lakhbir Singh Landa taking responsibility for Sudhir Suri’s murder, the people are again in a fear. Despite numerous efforts by the state and the Central government, the rising gangster culture in Punjab, that too in cases where such criminal activities are operated from Canada, is a matter of concern now.

Though the Punjab police have been investigating the case and the shooter who opened fire at Sudhir Suri has been already detained. However, this incident has once again raised numerous questions on the law and order situation. Moreover, the opposition parties have criticized the administration of the Bhagwant Mann government, stating that the law and order situation in Punjab has completely collapsed. 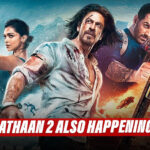 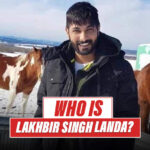