The heart-throb Karan Aujla was all set to perform at Birmingham, UK on 19 December in an all Ladies concert, organized by F9 events. BritAsia TV and Cake Shop were also sponsoring the show. But recently, Karan Aujla uploaded an Instagram story, announcing that he won’t be performing anytime soon in London or Birmingham. The show was canceled and the event managers got indulged in a blame game.

BritAsia TV issued their official statement on the cancellation of the show through their social media handle. The company alleged that F9 events was incapable of handling the show and due to their poor management, Karan Aujla canceled the show. BritAsia TV also stated that they won’t be working with F9 events for any future events. They ensured the public that their tickets will be refunded.

On the other hand, F9 events came out in their defense and soon issued their own official statement. Initially, they put up an Instagram story on their official handle, thanking Karan Aujla for putting out the message that the show is canceled. As for the reason behind the cancellation, the event managers stated that it was canceled because Karan Aujla is unable to travel until his Canada PR is sorted. “The process takes 45 days and is out of our hands”, said F9 events.

Later, a post was made by their Instagram handle criticizing some media portals for defaming them and holding them responsible for the cancellation. They also ensured the public that the management will have another big artist performing on the same date and is also ready for full refund to the public who wish to. 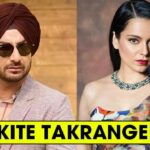 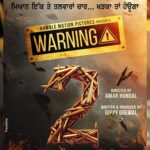