It was Sonam Bajwa everybody had their eyes on in the song. The music video of the song proves, Every outfit the actress wore, she made it look like the hottest outfit out there. Right from the moment when she enters the video with her workout white outfit till the time she realises Sidhu is her long-lost friend, she looks absolutely sizzling.

Everytime we feel like this is the Peak of Sidhu, he can’t do better than this, Sidhu Moosewala’s art unfolds new surprises to us. His vocals, compositions and lyrics in all the songs on the album so far have been perfect and they keep on getting better every time.

The ending of the video is a rather sweet twist. For the course of the music video, it feels like Sidhu has an eye on Sonam and Sonam doesn’t care about it. But the reveal part comes in the end, when Sidhu pinches to Sonam that Sidhu and Sonam are childhood friends.

And yes, how can we not talk about the toys in the video. Sukh Sanghera has finally brought the lavishing cars in the Moosetape, the ones we got a glimpse at in the trailer. With a golden Range Rover, a Bugatti in the background, the Red beauty Ferrari roaming on the streets, the blue Italian bull Lamborghini, this video is a blessing for car enthusiasts.

The song is no different from others. Get ready to blow your car speakers, turn up the volume of your headphones and listen to this Sonam-Sidhu starrer Banger. 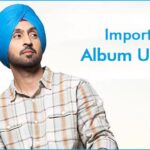 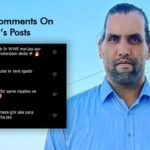