With each passing day, we are nearing the release date of the debut album, BTFU, of one of the biggest stars of the Punjabi music industry, Karan Aujla. The hype around Karan Aujla and the way he’s risen to be one of the biggest artists of the industry, is totally unmatchable and it is very evident in Twitter India’s hashtags today.

After Sandeep Rehaan, founder of Rehaan Records, revealed that information regarding Karan Aujla’s debut album will be out soon, Twitter India started showing disturbances in the trends. ‘BTFU OUT SOON’ started trending in the country.

Twitter is the perfect spot if you find out what’s cooking and what is the biggest news of the hour. BTFU trending on twitter simply hints that the audience all over the country is on its toes for the release of Karan Aujla’s album. The intro that dropped on 17 of June was so big and made the audience even more impatient.

We hope that Sandeep Rehaan’s words become reality as soon as possible and we finally come to know about the release date of one of the biggest albums ever in the Punjabi music industry.

There have been no updates from Karan Aujla or his team regarding the album after 17 June, when the official intro of the album dropped, but Sandeep Rehaan’s revelation has given some confidence to the audience and a bit of a rest to the seemingly never-ending wait for the album! 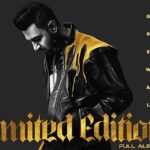 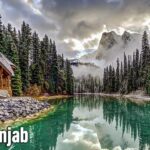