Sidhu Moosewala’s current album MooseTape is one of the most talked about albums of Punjabi Music Industry. And today, Sidhu has released the latest track ‘Built Different’ from MooseTape on his YouTube Channel. And the song has crossed more than 3 lakh views within 15 minutes of its release, and more than 1 lakh likes.

Built Different is the result of the hard work of the entire team. While the lyrics of the song are penned by Sidhu Moosewala as usual, the music is given by The Kidd, and the song is mixed & mastered by Dense.  Only the audio version of the song is released yet, and the visuals are amazingly created by Navkaran Brar.

Now talking about the song in detail, as already mentioned the song is impressing the fans and they are flooding the comment box with positive and lovely comments. Sidhu’s vocals are as usual bold and mind blowing, and he has once again proved the power of his pen with this song. The hook line of the song is really attractive and addictive.

The lyrics of the song express extreme and high self-esteem, which is a good thing indeed. Overall we really liked the song and must have to agree on the fact that with every new release, MooseTape is really proving to be up to the expectation mark of the fans.

If you haven’t listened to the song yet, follow the link mentioned below; 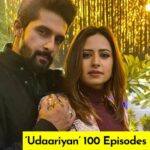 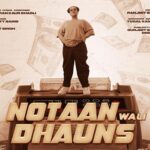