The results for the assembly By-poll held in Uttarakhand, Odisha and Kerala for one assembly seat in each state, have been declared today. With the current CM Pushkar Singh Dhami winning Champawat assembly constituency with more than 55,000 votes, defeating the Congress candidate Nirmala Gahtori who was able to get just 3,233 votes, the Congress party has faced one more humiliating defeat in the state after the recent assembly elections. Though it was obvious that CM Pushkar Singh Dhami would win easily, his victory with such a huge margin has shocked the Congress party.

“This massive victory has shown the direction towards new development. It’s a saga of the dedication of every worker and the support of the people.”

“There’s no longer any doubt that #UmaThomas will win a thumping victory when the final results are out in the Thrikkakara by-election. Her lead already exceeds 15,000. Congratulations to her and to ⁦@INCKerala⁩ !!”

On the other hand, in Odisha, the ruling party Biju Janata Dal has won the by-election in Brajrajnagar assembly constituency. The BJD candidate Alaka Mohanty has defeated the Congress candidate Kishore Chandra Patel with a huge margin of more than 50,000 votes, with the BJP candidate Ramesh Kumar Tripathy at third place with 16,831 votes. This assembly seat went vacant last year due to the death of BJD MLA Kishore Mohanty, now his wife Alaka Mohanty has won the by-election here.

The voting for the by-elections on these three assembly constituencies took place on May 31, and the results were announced today. 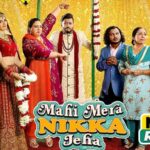 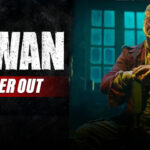