Cadbury is a brand that is more like an emotion to most of us. We all not only have enjoyed its products but also his heart winning commercials too. Recently Cadbury has released its new advertisement which actually isn’t new and a recreation of an old ad of the same brand; Cadbury.

If you enjoyed watching television in the 90’s, you must remember the iconic Cadbury ad where a girl is seen enjoying Cadbury’s chocolate while her boyfriend is on the field playing a serious cricket match. But as soon as he hits a winning run, his excited girlfriend crosses the field to celebrate his love’s victory.

Even if you didn’t remember or missed to watch this iconic commercial, we believe we have given a good enough brief about the same. But talking about the latest commercial of Cadbury, in the video, the concept remains the same, and only things that have been upgraded have the latest version of Dairy Milk and the genders. Yes, in the latest Cadbury commercial you will see a girl playing in the fields, while her boyfriend is sitting, enjoying a Dairy Milk and the match. And similarly like the old Cadbury Commercial, as soon as the girl hits a winning run, her boyfriend enters the fields excited and ready to hug his love.

Cadbury’s his smart, smooth and beautiful initiative has already won the internet and everybody seems to be wowed by it. Netizens are loving the concept as this is something that was required. 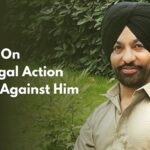 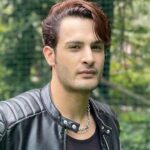