Over 2,000 Indian students, who faced an uncertain future after three Montreal colleges closed in Jan 2022 by declaring bankruptcy, had demanded intervention by the Canadian government to give them justice.

The CCSQ College, M. College, and CDE College had collected millions of dollars in tuition fees from these students before closing. The students, many of whom have moved to different cities to stay with friends or relatives, have been continuously saying that they have been scammed.

Now as per the news, Mr. Ghanshyam Thori, Deputy Commissioner, Jalandhar, took up the issue of admissions of Punjabi students into the educational institutions reeling under financial crisis and on the verge of closure, which is causing distress to a large number of students who have paid lakhs of rupees for admission in these colleges before Consul General of Canada in Chandigarh Mr. Patrick Hebert. The Consul General (CG) was visiting Jalandhar DC where he discussed various issues of mutual interests.

Divulging the details, the DC said that he has apprised the CG of the issues being faced by a large number of students here wherein agents are getting them admitted in colleges that are reeling under the financial crunch or on the verge of closure, thereby, causing them financial loss as Canadian Government has refused visas to such students.

The Consul General has confirmed that the matter was already under consideration and the Canadian Government was working with the provincial government of Quebec to resolve this issue, the DC said. He further added that Mr. Hebert has discussed a variety of issues of mutual interests including tie-ups between universities of both the countries besides investment by local businesses and industries in the Canadian Economy. Mr. Thori said that the Consul General welcomed the local business houses and industries to invest in Canada while encouraging tie-ups between universities for various research programs.

Meanwhile, the DC highlighted the vast contribution of the Punjabi Community in the development of Canada with a large number of Punjabis living there for decades, thereby, playing their significant role in the Canadian economy.

Last month, some of the impacted students and their supporters raised slogans for justice at a rally in the Toronto suburb of Brampton, shouting slogans seeking intervention by the Canadian government to help them complete their courses from other colleges.

Those who were nearing completion of their courses must be allowed to finish on the basis of their old credits, they demanded.

Many said they are running out of money as they cannot legally work for 20 hours a week – as allowed to the international students.

Now the students are hoping for a solution after the Jalandhar DC has taken up the issue before the Consul General of Canada. 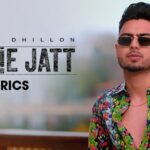 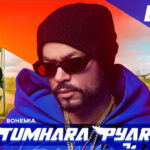