Days after the Ministry of External Affairs (MEA) issued a warning to the people of India, to “exercise appropriate vigilance and remain cautious in light of the spike in cases of hate crimes, sectarian violence, and anti-India activities in Canada,” now Canada has also updated its travel guidelines for India.

As per the latest development, Canada, in the new travel guidelines for India, advised its residents to have extreme caution while visiting some border states, such as Punjab, Gujarat, and Rajasthan. Furthermore, the updated travel advisory also advised the people of Canada, not to visit Assam, J & K UT, Ladakh and Manipur, citing the dangers like terrorism and insurgency.

Also read: What Is PFI? Why Has It Been Banned By The Central Government? All You Need To Know!

Shockingly, for the border states like Gujarat, Punjab and Rajasthan, the government of Canada cited the presence of unexploded bombs and landmines. These are the states which border Pakistan. Furthermore, the new travel advisory by Canada, reads:

“Avoid travelling to areas within 10 km of the Pakistan border in Gujarat, Rajasthan and Punjab”, citing the presence of unexploded bombs and landmines, as well as the other emergency situations related to security.

The Ministry of External Affairs (MEA), on September 25th, issued a warning for the Indians, against the violence, hate crimes and anti-India activities in Canada.

At a media address, MEA spokesperson Arindam Bagchi, a day before India issued the advisory, asserted, “It is highly objectionable that politically influenced activities by the extremist elements are occurring in a friendly country. Moreover, in this regard, you all know about the history of violence. Additionally, the Indian government will continue to press the Canadian government on the issue.”

Moreover, the analysts believe that if the Indian advice is repeated and advertised more, it may affect the flow of students to Canada. As per the data, India received 1.25 lakh student Visa in 2021. Additionally, now there are 220 percent more Indian students in Canada than in 2016.

Especially in the states like Punjab and Gujarat, Canada is the first choice for a higher number of overseas students and immigrants. 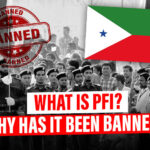 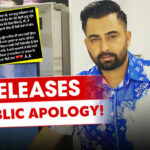