Diljit Dosanjh is almost set for his career’s most important album, Moon Child Era. The album features Diljit Dosanjh along with music producer Intense Music and lyricist Raj Ranjodh. But now the audience is speculating that Raj and Intense are not the only features in Diljit’s Moon Child Era, but it has more in the closet.

Recently, the whole team of Moon Child Era was hosted by a farm in Canada. The ‘Maan Farms’ are situated in Abbotsford, British Columbia, Canada. The interesting thing to note was that in addition to the Moon Child Era trio, popular artist Chani Nattan was also tagged in the Farms’ post uploaded along with Diljit Dosanjh on their official Instagram account.

Chani Nattan has previously worked with Diljit Dosanjh for the track ‘Umbrella’. It was sung by Diljit Dosanjh, music was produced by Intense and Chani had written the lyrics of the song. Umbrella was a huge success and thus, it won’t be a surprise if we see Chani Nattan’s name pop up in a song, or more in the album Moon Child Era.

Moon Child Era is completely ready to be released and the release date is expected to be dropped within a week or two. It’s been described as the most important album of Diljit’s career, as the artist defined it as his ‘first project’ and a ‘new beginning’. It is to see what the artist is going to deliver to the audience this time. 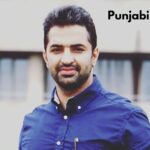 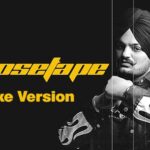