The saffron party, in order to expand itself in the border state of Punjab, has been actively inducting various leaders from the other parties, mostly from Indian National Congress. Moreover, after Captain Amarinder Singh, the former CM of Punjab, joining the BJP, it’s speculated that the duo of Captain-Jakhar may be given a key role in the party for Punjab.

Furthermore, Punjab has never been a BJP-ruled state before. Earlier, the alliance government of Shiromani Akali Dal and the Bhartiya Janata Party had ruled the state for 10 years (two consecutive terms). However, after the farm laws were introduced, the SAD parted ways, taking back its support from the NDA.

Since then, the Bharatiya Janata Party had been trying to expand itself in Punjab. Additionally, Captain Amarinder Singh, after resigning from the Congress party, formed his own party – Punjab Lok Congress, allying with the BJP. However, this alliance faced a humiliating defeat, and including Captain Amarinder Singh, his supporters like Rana Gurmit Singh Sodhi also lost from their home constituencies.

So now the question raises, can the Captain-Jakhar duo work for the BJP the same way it worked for the Congress party since before 2017? Well, politics is unpredictable, but the facts and figures for the BJP in Punjab, ofcourse tell many things on which the saffron party needs to work in order to expand in Punjab.

It has been observed that most of the leaders from the other parties who joined the BJP and contested the elections, had to face a humiliating defeat in Punjab. The recent example is the Sangrur Lok Sabha by-poll where SAD (Amritsar) candidate Simranjeet Singh Mann won the election, with AAP being its closest contender, followed by the Indian National Congress and the BJP finished at fourth position.

BJP candidate Kewal Singh Dhillon secured 66,928 votes in the by-poll. However, in the 2019 Lok Sabha elections, when he was the Congress candidate, he bagged 3,03,350 votes, finishing at the second position, which clears that there is either a votebase in the support of the Congress party, or against the BJP, which raises concerns for the saffron party in Punjab. 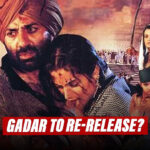 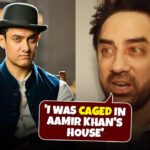