Miss Universe 2021 Harnaaz Kaur Sandhu has landed into legal trouble. Yes, a case has been filed against the diva recently. The Kapil Sharma Show fame Upasana Singh has filed an official complaint against Harnaaz Kaur Sandhu for breaching of the contract.

The film is set to release on 19 August 2022. Since the release of the film is approaching, the star cast and film’s team has started the promotion of the project with full zest. But apparently, Harnaaz Sandhu is not participating in the film’s promotion.

Also Read: Price Of The ‘Miss Universe’ Crown? Here Are 10 Things That Harnaaz Sandhu Won Along With The Title

Harnaaz’s no contribution to promoting Bai Ji Kuttange has upset the film’s producer Upasana Singh. Hence, they have filed a legal case regarding the breach of contract against Harnaaz Kaur Sandhu.

Upasana Singh has now moved to court and revealed that Harnaaz is continuously ignoring the team’s messages and emails.

Also Read: Do You Know Harnaaz Sandhu Shares A Special Bond With Upasana Singh. Details Inside

Upasana stated, ‘We have a contract, according to which Harnaaz was supposed to give us 25 days from her schedule to promote the film. Our film was first supposed to release on 27 May, but Harnaaz did not respond to any of our calls, texts and emails, hence I postponed the film’s release to 19 August. We tried hard to contact her even then, we requested her to give us 5 days to promote the film.’

Upasana also went on to blame Harnaaz for not promoting Punjabi movies and bashed her for stating that she will only promote Bollywood and Hollywood projects.

While talking to the media, Upasana Singh even got emotional and was seen facing difficulty in talking. She talked about Harnaaz’s struggle days when Upasana allowed her to live in her own home in Mumbai. Upasana also revealed that she herself taught every minute detail of acting to Harnaaz, and today she is not even responding to her calls.

Till now, Harnaaz has not released any official statement or comment regarding the same.
Coming to the credits of the upcoming movie Bai Ji Kattange, the film is directed by Smeep Kang. The film stars Dev Kharoud, Gurpreet Ghuggi, Nanak Singh, Upasana Singh and Harnaaz in leading roles. It is set to release on 19 August. 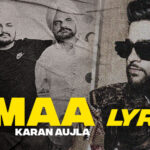 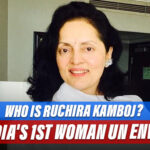