Finally, it’s happening! Millind Gaba confirmed that he’s getting married to his longtime girlfriend and social media influencer Pria Beniwal. The artist is seen distributing the wedding invites to his close friends. MG reshared one of his friends’ stories to whom he gave the wedding invite.

The wedding card is beautiful and very eye-catching. When the wedding invitation box opens, we get to see trees, lights and other small beautiful things like small buckets, invitation cards, and sweet boxes. You will surely get the vibes of a dreamy date night. Not only this, after opening that box, one gets to hear musical sounds and Millind’s song ‘Main Teri Ho Gayi’.

Also, as per the reports, the couple will tie the knot in mid-April, with the celebrations expected to happen on a grand level. With beliefs running about the duo’s marriage, Millind disclosed that it’s exciting yet adventurous’ as he begins a new chapter of life. It has also been reported that the wedding will take place on 16 April.

ALSO READ | Do You Know There Is A Punjabi Artist Behind The Viral ‘Chura Liya Remix’ On Instagram?

The couple is then expected to throw a cocktail bash on 13 April. Whereas bride-to-be Pria’s Mehendi ceremony is expected to take place on 15 April at her residence. The wedding will be done in the traditional style and it will be not only performed in Punjabi rituals but in Jat rituals too.

ALSO READ | Here Are The Best Songs Of ‘Music MG’ That You Have To Listen Without Any Excuse!

Meanwhile, talking about this adorable couple, as per reports, Pria and Millind have been dating each other for the past 4 years. They often treat fans with their lovely pictures and videos through social media. 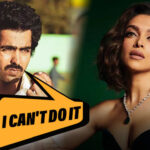 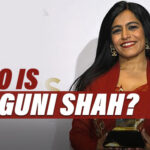