Television actress Charu Asopa and Rajeev Sen are noticeably going through a very rough phase in their relationship. The couple got married in 2019 and announced that they are heading for a divorce in 2022. Though things settled down between the two, the couple decided to give their relationship a second chance.

But now it looks like Charu Asopa is in no mood to push this relationship to work. In her latest interviews, Charu opened up about her failed marriage and also accused Sushmita Sen’s brother Rajeeb Sen of physical abuse.

Also Read: Yo Yo Honey Singh Confesses Being In Love Again! Netizens Found His Lady Love On The Internet

Charu told ETimes, ‘No one gets married with an intention to end it. I didn’t want to regret my decision of calling it off. So, I tried everything I could to save it, also because this was my second marriage. Iss sab mein mazaak toh mera hi bann raha tha, but I thought ki kya pata shaadi chal jaaye. Yeh karte karte ab ye ek tamaasha bann chuka hai. I think we aren’t made for each other… yeh shaadi kabhi work karegi nahi.’

Not only this, but Charu also talked about her decision to give their relationship another chance. Charu Asopa told The Times of India in a new interview, “It (decision to reconcile) was the biggest mistake. Aur dirty hota jaayega agar yeh shaadi aur drag hui toh (if this marriage continues, things will get dirtier). It will get unbearably toxic for Ziana. When I disclosed his ways to my family, they told me that I was taking the right step by parting ways. I have already got a house for rent. I will go straight there, when I return to Mumbai. I will initiate divorce proceedings and hope he agrees to it without causing more trouble. Like previously, I haven’t asked for alimony. I don’t want to drag this marriage anymore. I have already wasted three-and-a-half years.”

She also went on to accuse Rajeev of physical abuse as she clearly stated that he raised his hand on her. She said, “Days before the (Covid-19) lockdown, he left me for three months. I was alone during that time. The final straw was when he left home and stayed in a hotel for two days. I realised that he is 45 and I can’t change him. We have had a lot of issues, but I was hoping for them to get resolved for the sake of our daughter Ziana. Unfortunately, that didn’t happen… Rajeev is temperamental, has abused and even raised his hand on me once or twice. He would suspect me of cheating on him. When I was shooting for Akbar Ka Bal Birbal, he sent messages to my co-actors to stay away from me. It became difficult for me to work. I feel that he was cheating on me, but that’s something I can’t prove.”

Rajeev Sen, on the other hand, denied all the allegations. He said the two should focus on their child’s recovery from dengue ‘rather than talking to the media about marital problems’. He also called Charu’s allegations of not being there for Ziana, ‘utter rubbish’.

He said many times Charu left Mumbai with their daughter without even telling him. He said, “Clearly, two unhappy people living together and not even trying to make things better or adjust even after we were blessed with a beautiful daughter. I would say both of us are equally responsible for it to reach this stage”. 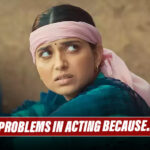 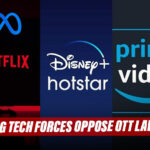