Diljit Dosanjh has decided to ensure 2022 remains his year as he’s dropping surprises one after another. It was not long ago when Diljit Dosanjh took the internet by storm by announcing his collaboration with Canadian rapper Tory Lanez. And now the singer has dropped the poster and the release date of the project too.

Titled, Chauffeur, the track will mark the first collaboration between Diljit Dosanjh and Tory Lanez. Diljit took it to his Social media handles where he shared the announcement with his fans.

The track is all set to release and rule the music charts on 14 April. Writing about the credits, the track will have music by Ikky Music and is in collaboration with Warner Music India. Also, the poster alone is also doing a great job in leveling up the enthusiasm among fans.

Mentioning about Tory Lanez, he uses the name as his official stage name, but his full name is Daystar Shemuel Shua Peterson. He rose to fame after the release of ‘Conflicts of My Soul: The 416 Story’, in August 2013, followed by many of his songs being international hits.

Apart from this anticipated collaborative track, Diljit Dosanjh is also very occupied with his ongoing Born To Shine World Tour 2022 which has already begun with his recent concert in Gurugram. The show turned out to be extremely hit and the superstar is now all set to perform in LPU on 17 April. 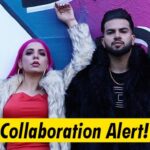 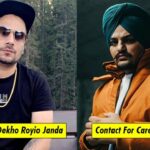