Amrinder Gill and Sargun Mehta starrer Chhalla Mud Ke Nahi Aaya is set to be released worldwide on 29 July 2022. The movie is directed and written by one of the finest in the industry to do the job, Amberdeep Singh. And now, Amrinder Gill’s look for the movie has been revealed through a poster.

An Instagram post by Dave Sidhu shows Amrinder Gill, dressed like a gentleman in a long coat, carrying a suitcase. The shot is probably from England or somewhere in the United Kingdom, as the background setting suggests.

In the background, we can see a couple of buses lined up next to each other and some people walking by on the footpath. The clothes of people in the background give us a hint that the movie Chhalla Mud Ke Nahi Aaya is probably set in the late 20th century.

However, all of these are just guesses as of now. Dave Sidhu called Challa Mud Ke Nahi Aaya as the ‘Biggest Movie of the Year’. Amrinder Gill and Sargun Mehta will last have previously shared screens in the movie Angrej and Love Punjab, both of which remains the finest ever of Punjabi Cinema.

We have high expectations from Chhalla Mud Ke Nahi Aaya due to the kind of team that’s behind the movie. We expect nothing less than a superhit from this team. It will be released worldwide in theatres on 29 July! The day isn’t far now, get ready to book your tickets soon. 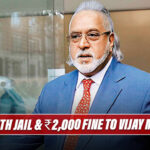 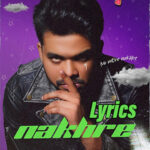