South Indian superstar actor Chiranjeevi is not only an amazing actor but also a fabulous human being. He is known for blockbuster movies like Khaidi No. 150, Stalin, Indra, and many more. And the actor has recently expressed that he wishes to build a hospital for the film workers.

Chiranjeevi in an event associated with Celebrity Cricket promised to build a hospital in Hyderabad. It will be made for the film workers who are BPL or daily wage workers. He also assured that the hospital will be functioning by his birthday next year.

Chiranjeevi stated, “I’ve got this desire to build a hospital at Chitrapuri Colony. I have been nurturing this thought for some time now. I want to build a hospital at least with 10 beds. This hospital should be able to address all the health issues of cine workers, which don’t require them to go to big hospitals. This hospital should be beneficial to all cine workers, who come under the BPL category or who get a daily wage.”

He also talked about his motive behind this desire. He said, “The satisfaction I get out of doing this cannot be measured. So, the moment I got this thought, I started planning. I thank all my younger brothers who have lent a helping hand in this regard.”

Chiranjeevi also said that he will be more than happy if someone else wants to join hands with him for this project. “I give you my word on this birthday of mine. It will be operational by the time my next birthday arrives. No matter how many crores it costs, I will do it. If someone is willing to partner with this initiative, I will be happy to accommodate”, said the Magadheera actor.

Chiranjeevi is earning well wishes and positive responses from the netizens. The internet is all praises for the actor’s kind act and public friendly desire.
Now heading towards the work front of Chiranjeevi, the actor is super excited for the release of his upcoming action entertainer ‘Bhola Shankar’. The film is set to release on 14 April 2023. 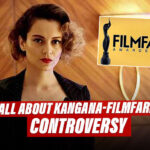 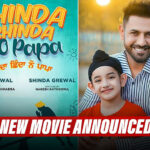