Jayy Randhawa is gearing up to give another treat to his fans. He already received a lot of praise for his work in his debut film “Shooter.” And now, the actor-singer is all set to explore some new genres in Pollywood with an upcoming film titled “Chobbar.”

Since the shooting of the most awaited film has been finished, Jayy took to his social media and had a Question And Answer session. While replying to his fans, he shared many intriguing details about his upcoming movie. Jayy’s character name in Chobbar will be Saabi, which means young, teen and intelligent and in the film the actor will be first showcased as a teenager.

Another prominent information he shared about the film is that they titled the film ‘Chobbar’ because the people who win on their own and stand-alone are known as Chobbar.

Further, he shared some of his looks from the film in which he is seen injured, clean shaved and in some pictures, he looks like a person in his 30’s. Also, Jayy stated that there will be many amazing things his fans will watch in the film and more hints about the story will be revealed in the poster.

Jayy Randhawa has gained tremendous fame and recognition as an actor with his most hit film ‘Shooter’ and now fans are expecting something huge and unique for him.

Coming to the credits of Chobbar, it is written by Dheeraj Rattan, and is directed by Maneesh Bhatt. The film will be a romantic thriller which will be released under the banner of Geet MP3. The poster of Chobbar already caught everyone’s attention and now everyone is desperately waiting for the trailer and the whole film to be seen in theaters. 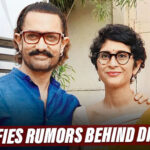