Christopher Henry Gayle aka Chris Gayle is a cricketer with a massive and international fan following. Currently he is trending in India for his upcoming song which is surely going to be special as it’s titled as ‘Punjabi Daddy’. The song is an exclusive surprise for his fans in India and especially Punjab as he will be seen as a man with a turban.

Recently Hardy Singh of Pure Bhangra shared a picture  with Gayle from the sets of Punjabi Daddy in which they both are seen posing and flaunting their flawless smiles.

And in another post, Hardy shared a reel video in which he is tying a beautiful yellow turban on Chris Gayle and in return Gayle is heard calling the turban ‘Brilliant’, and calls Hardy ‘a specialist’ too. In these posts, Gayle is also seen dressed in a ‘Blue & White Kurta Pajama’ which makes sure his look is complete.

Earlier also, Gayle was transformed to a turban wearing Punjabi for the video shoot of his song ‘Punjabi Daddy’.

The fans are eagerly waiting for the song to release soon, but it is always difficult to wait for the surprise to unveil. For now, no finalised release date of the song is out, but the recent updates mentions ‘Coming Soon’. 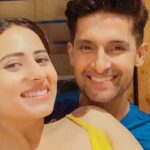 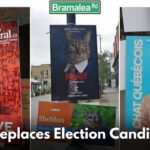