The album era is back in the Punjabi music industry and every other artist is busy announcing or releasing the albums. Karan Aujla is one among them as he announced his album sometime back. From that time Aujla’s fans were eagerly waiting to hear from him about his album ‘BacTHAfu*UP’ . Ever since he shared the first look poster of his album, he raised the bars of excitement among all. Now, finally, he unveiled the look of his first song ‘Chu Gon Do’ from the album BacTHAfu*UP.

While sharing the poster, he has revealed that the song will be out tomorrow, which is on 8th July. ‘Chu Gon Do’ is in collaboration with Tru Skool and will be released under Speed Records. Adding some more details to the song, it features 5 river music studio and Mad Yardies. The video has been shot by director Rupan Bal.

Take a look at the poster ‘Chu Gon Do?’:

However, It will be the first time the recording industry beast will release an album and fans are super excited and widely anticipated for his first song. Meanwhile talking about the workfront, Karan Aujla has many hit tracks like Rim Vs Jhanjar, Don’t Look, Don’t Worry and many others. 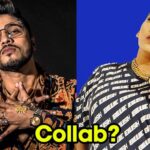 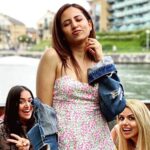