The day has finally arrived. All the waiting for months has finally paid off and we are here with the second track from Karan Aujla’s debut career album, BacThfu*UP. Click That B Kickin It (Yaar Jatt De) is the next song from Karan Aujla’s BTFU after ‘Chu Gon Do ?’ which was released by Karan, almost 2 months ago. Click That B Kickin It has been officially dropped on the Speed Records Youtube Channel.

It has been sung, written and composed by none other than Karan Aujla. There is no doubt to the fact that Karan Aujla is one of the best the industry has ever witnessed and this song completely proves it. ‘Friendship’ is the only relationship that God has left on us to decide. The song talks about this beautiful relationship of friendship. It is already one of the purest bonds in the world but when it comes to boys, they are ready to give up their lives for their friends. The song perfectly describes this bond!

Hopping on to the music department, the audience was curious to listen to the music of Click That B Kickin It. The music of ‘Chu Gon Do ?’, the opening track of the album had attracted some backlash for not matching to the level of Karan Aujla, but this time Tru Skool has killed it.

As Karan and Tru Skool told in the second intro of the album, ‘Vibe Check’ that BTFU is going to be a totally Desi Punjabi album with Desi Music, Desi Writing and Desi Singing, now we know what they meant. The music of Click That B Kickin It has been outstanding, and don’t even talk about the Dhol beat drops, they can make a dead man dance!

Coming to the music video section of the song, Rupan Bal has left no scope of criticism this time. While the music is totally Punjabi folk with some modern touch to it, the video of the song is very modern in its contrast. The song is very fast-paced and the video keeps up to it. Some of the shots like Karan rotating on the chair with the camera at his foot level, the bikers doing wheelie on the dirt bikes, the cars suspended in the air and many more were very attractive and made the video look extravagant. It seems that a lot of money has gone into creating this song.

Overall, Click That B Kickin It finally feels like BacThafu*UP season has arrived! Now we know what Karan Aujla was talking about and what he meant when he said this album will be mentioned in the books of music in the years to come. ‘Vibe Check’ showed us that Karan and Tru Skool have worked really hard to make BTFU a memorable album and Click That B Kickin It is totally what the audience wanted from the debut career album of the industry’s biggest star! Keep jamming to this banger with your friends until Karan Aujla drops the whole album on 15 September. 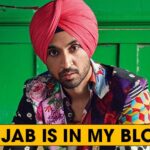 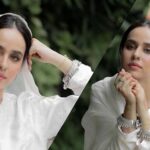