The CNN News 18 Network has apologized for running false news about Joginder Bassi. There was buzz all around when CNN Network called Joginder a Khalistani.

“On 14.02.2021 CNN-News 18 ran a story on foreign funding of farmer protest based on an intelligence report.

One of the persons named in the report was one MR. Joginder Bassi from Canada.

When contacted Mr. Bassi denied allegations against him and said he is not a Khalistani or a supporter of such a divisive agenda. He says he’s a proud nationalist and flies the Indian flag proudly.

Consequently, CNN-News 18 is withdrawing this story.”

This action has earned a better image for CNN News 18, as though people slammed them for false news but they are appreciating them for accepting their mistake. 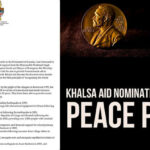 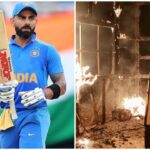