Sangtar Singh is a Punjabi comic artist who prepares content to entertain his fans on a regular basis. The Canada-based comedian has created various super funny and amazing videos for which he has managed to stay the favorite of his admirers.

A few weeks back, he released a new video on his Instagram account in which he took a hilarious jab at Punjabi Singers. The video is still earning a lot of love from fans as it includes funny representation of how Punjabi Singers select their songs, highlighting the trend of song leaking before its release and not to forget million & billion views too.

While some fans liked it, some did not, which is a very basic and common result of every content in the world. But here we are going to discuss Sidhu Moosewala’s reaction to the video. Yes, Moosewala watched the video and liked it too.

Sangtar shared the screenshot of his chat with Moosewala in which he had sent him his video, and in reply Sidhu Moosewala sent four laughing Emojis. Sangtar later texted ‘Kargaya kam’ and Sidhu replied with ‘Krgya krgya’.

While sharing this on his Instagram story, Sangtar wrote, “Some of you guys gotta chill man. Even he doesn’t take them to offense. it’s all entertainment ! just for comedy purposes.”

He wrote this for the people who are spreading hate against the video. We have watched the video and it’s a complete package of entertainment. You can watch the video too. So if you aren’t offended easily then Follow the link below to watch now; 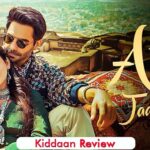 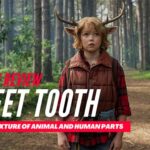