Since we know because of this pandemic of Coronavirus, the Indian film industry is suffering a lot. Films like English Medium were unfortunate to see the screens for only a day. Also, there was a film on the edge of their release, which is on hold now. And the latest big update on Bollywood right now is the decision of producers to release their film on OTT platforms, knowing the fact that once they release a film on an online streaming platform, they won’t be able to release the same film in theatres as well. They are sure and believe the content they’ve produced will succeed, no matter what is the platform of release. Read here which are the films which are on their ways to reach you, through your favorite OTT platforms:

Releasing on June 12th,2020, on Amazon Prime Video, we are eagerly waiting for seeing the magic this film is going to create on our personal screens. Directed by Shoojit Sirkar, Gulabo Sitabo is starring evergreen superstar Amitabh Bachchan with our forever favorite Ayushmann Khurrana.

Amitabh Bachchan is not entering the world of web with only one film. After Gulabo Sitabo, the maker of Jhund have also decided to release this film on OTT platform only. This is a film based on the life of the founder of NGO Slum Soccer, Vijay Barse. There are reports claiming the film will release on Netflix.

Based on the life journey and struggles of Gallantry Shaurya Vir Awardee Gunjan Saxena, this film is starring Jhanvi Kapoor, Pankaj Tripathi, Vineet Kumar Singh, Angad Bedi, and Manav Vij. According to the sources, this film will be released on Netflix.

When it’s all about entertainment, Akshay Kumar can never stand behind. There is another film, Laxmmi Bomb in the list, starring Akshay Kumar and Kiara Advani in the leads. This horror-comedy film is the official remake of super hit Tamil film, Muni 2: Kanchana. With no fixed date of release yet, this film will release on Disney+Hotstar.

Indu Ki Jawani is an up to date, light and comedy film, starring Kiara Advani in lead, Aditya Seal, and Mallika Dua. Kiara is also excited about this film just the way we are looking forward to seeing our beloved Preeti in some other character. The makers aren’t yet sure about which platform this film is going to release on, but they will let us know soon.

Soon to be released on Netflix, Khaali Peeli is starring Ananya Pandey and Ishaan Khattar opposite each other for the first time. The film is a supernatural comedy thriller, which has our expectations. Let’s see how well this film does on our screens.

Based on the life of Human-Computer, Shakuntala Devi, this film is starring Vidya Balan, Sanya Malhotra, Jisshu Sengupta, and Amit Sadh. Vidya Balan on Friday, officially announced the release of this film on Amazon Prime Video.

As the name suggests, Shiddat is a romantic drama heading towards us through an OTT platform. This film is starring Radhika Manan, Sunny Kaushal, Mohit Raina, and Daina Penty.

Starring Kriti Sanon, Pankaj Tripathi, and Sai Tamhakar, Mimi is a film based on a National Award Winner Marathi film, ‘Mala Aai Vhhaychy’. Directed by Laxman Utekar this film will be released on Netflix.

These were the films, which we will be connected to soon. No doubt its normal to watch movies on online streaming platforms, but this would be the first time in the history of Bollywood that film, which was originally made for theatres will release on small screens of our smartphones. Let’s hope the best and believe this change will prove itself as an intelligent choice.

We also have regular polls on our Instagram handle @kiddaan, where we asked people, according to them should be preferred mode of Film Release? 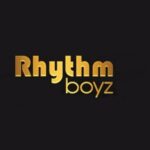 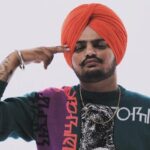