The Pathankot police, on Friday, has arrested Joginder Pal, the former Congress MLA from Bhoa assembly constituency, along with his wife and three others, over their alleged involvement in illegal mining. PPCC chief and Gidderbaha MLA Amarinder Singh Raja Warring has called it an arbitrary by the AAP government of Punjab.

Former Bhoa MLA Joginer Pal’s arrest is seen as another major jolt to the grand-old-party in Punjab. Recently, former minister Sadhu Singh Dharamsot was arrested, before that, Sunil Jakhar had quit the party and former PPCC chief Navjot Singh Sidhu was jailed.

Joginder Pal is a well known face of the Congress party in Bhoa region. He won the 2017 assembly election from this constituency, though in the recent assembly elections held in February this year, Joginder Pal lost to AAP’s Lal Chand Kataruchakk by a narrow margin of just 1,204 votes.

Meanwhile, PPCC chief and Gidderbaha MLA Amarinder Singh Raja Warring took a dig at the Aam Aadmi Party government over former MLA Joginer Pal’s arrest, calling it an arbitrary of the state govt. Slamming the AAP govt, Warring said, the AAP government is frustrated due to its failures, they will face a humiliating defeat in Sangrur by-poll.

While Raja Warring urged the Punjab police not to fall under pressure of the AAP govt and falsely implicate the innocents. “This is a political vendetta by the AAP govt, CM Bhagwant Mann can’t camouflage it as a war against corruption,” he further added. Though, with Ex-MLA Joginer Pal’s arrest, the troubles for the Congress party have increased in Punjab. 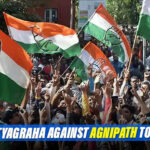 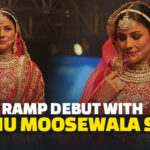