The biggest non-film music industry of the country, Punjabi Music Industry is so vast that controversies are a regular business. With thousands of songs released every month, a handful of them are bound to raise beef, legal issues or upset certain communities.

There have been many songs in the Punjabi Music Industry’s past that have proven to be troublesome for the artists. Here is a list of some of the most controversial Punjabi songs ever:

There is no chance you don’t know this one. It is not everyday you see superstar Diljit Dosanjh in controversies. ‘Kharku’ was loved by some fans, who still describe it as Diljit’s best ever track while Diljit and lyricist Veet Baljit were held responsible for depicting an untrue image of ‘Kharkus’ in the song. It still remains one of the most controversial songs ever in the history of the industry.

Ranjit Bawa has been in many legal troubles due to his recent songs. Mera Ki Kasoor, sung by Ranjit Bawa and written by Bir Singh seemed to focus on raising the voice of the Dalit community but it didn’t go well with people of various religions, who called the song a disrespect to their religion. Ranjit Bawa ultimately had to remove the official song from Youtube.

A list of controversies, and Sidhu Moosewala doesn’t make an appearance can only be possible in a parallel world. Sanju was made following a legal case against the singer under various provisions of the Arms Act for allegedly shooting an AK47 in a video. The song proved even more troublesome for the singer as another case was registered against him for promoting guns and violence in Sanju.

Another controversial song by Sidhu Moosewala, Jatti Jeone Morh Wargi featured Sonam Bajwa alongside the singer. The song compared prominent Sikh female figure ‘Mai Bhago’ with a girl and the Sikh Community was enraged. After Sikh authorities appealed registration of cases under IPC 295 against the singer, he publicly apologized for his comments, and removed the objectionable line.

Sung and written by Simiran Kaur Dhadli, Lahu Di Awaaz became the most controversial song of the year 2021. It was intended to be a shot fired at the modern Instagram influencers. It also used their images, for which the song had to face issues. Meetii Kalher, an influencer whose photos and videos were used without her permission, filed a copyright claim against the song and it was ultimately removed from Youtube.

One of the most hyped up songs from Karan Aujla’s debut album BTFU also turned out to be the most controversial. Karan Aujla and Harjit Harman had to face a legal complaint against them in the Punjab State Women Commission for comparing women to drugs, alcohol and weapons.

‘Jaan’, which was considered a superhit by the audience, turned out to be a pretty bad song for Shree Brar, the lyricist and the vocalist. He was put behind the bars by the Punjab Government for promoting violence and guns in the song. Though the artist was released after a few days, it was a rare scene to watch an artist be imprisoned for a song.

Dhakka was without a doubt one of the biggest hits of 2019. Though it was Afsana Khan’s breakthrough song in the Punjabi Music Industry, she had to pay a hefty price for it too. When Afsana went to the Government Senior Secondary School in Badal village, she sang the song ‘Dhakka’ and a complaint was filed against her for promoting violence and guns in the song.

The song that looked like an enjoyable and relatable couple story proved to be a rather frightening one for the singer. Miss Pooja and Harish Verma played a couple in the song and Harish was playing the role of a drunk-Yamraaj, which backfired. An advocate filed a complaint against the song and the artist, based on which Nangal Court ordered the booking of Miss Pooja as it hurt the sentiments of the Sikh community by showing Yamraaj as a drunkard.

Preet Harpal has had a mostly clean singing career but the song Hostel is an exception. Sung and written by Preet Harpal himself, Hostel outraged the Brahmin community. A part of the sing compared Brahmin rituals to Sikh rituals which upset the Brahmin community and even led to chairman of Brahmin Sabha Punjab, Pardeep Menon sending a legal complaint to the SSP. Preet later apologised and had to remove the objectionable part.

The controversy of this beautiful song from the movie Sufna rose almost a year after its release worldwide. Vocals by Hashmat Sultana, lyrics by Jaani, music by B Praak and Ammy Virk-Tania featuring in the video, Qubool A was an almost perfect song except for one word that made the whole team realise their mistake and apologize. It used the word ‘Rasul’ for the girl’s lover mentioned in the song, but ‘Rasul’ is a very holy Islamic name, used to refer to Prophet Mohammad. The team later changed the lyrics.

The song ‘15 Saal’ which felt like a reflection of the modern world to many, also upset many. The video of the song showed young teenage girls getting involved in drugs, alcohol and boys and many people did not like it. Protests were even held in front of Diljit Dosanjh’s house, asking him to apologise.

The first part of the song ‘Kinne Aye Kinne Gye’ was a controversial one in itself and the second part proved to be too. Written by Lovely Noor, the song raised protests for taking the name of ‘Sher Singh Rana’ in a positive light. Sher Singh Rana was responsible for the assassination of Indian parliamentarian Phoolan Devi. Phoolan Devi was also a former-bandit who shot dead 20 men with her gang, to take the revenge of repeated rapes with her by the same men.

A song made in support of one of the biggest ever protests in human history is undoubtedly a controversial one. Gippy Grewal’s ‘Zaalam Sarkaran’ was a song in support of the ongoing farmers’ protest in India and took shots at the Government, not listening to the farmers’ demands.

Some of the biggest stars in the Punjabi Music Industry came together to chant the anthem for the revolutionary farmers protest. It was called ‘Kisaan Anthem’. Penned by Shree Brar and sung by various artists, Kisaan Anthem became one of the most controversial songs due to its theme. The public even speculates that Shree Brar was arrested for writing the Kisaan Anthem and the song ‘Jaan’ was just used as a cover up.

Yo Yo Honey Singh, undoubtedly the biggest hip-hop sensation in India, made his comeback after years of absence from the industry due to personal reasons, with the song ‘Makhna’. He’s had a history of being criticized for the language of his songs and the same happened with Makhna too. The rapper was booked by Mohali Police for using words such as ‘Womanizer’.

You all know why this song is here. ‘Lfaafe’ by Karan Aujla and Sanam Bhullar is a song that marks the biggest beef ever in the history of the Punjabi Music Industry, Sidhu Moosewala v/s Karan Aujla. It was said that the lyrics of Lfaafe were shots fired at Sidhu, who also came up with a follow up reply song ‘Warning Shots’ and it began a beef that is still going on and feels like it will never end. Two of the biggest superstars in the history of the industry were indulged in a controversy due to this song.

Sidhu Moosewala released the song after the Punjab elections. In the song, he narrated the story of him joining politics, and also drew satires on people and celebrities who mocked him for the same. The song attracted a controversy and spat with Manpreet Manna, and also did not go well with AAP MLAs.

These were some songs which ignited hot controversies on the internet. Noticing the same, it seems like someone has rightly said Punjabi Industry and controversies are two sides of the same coin.

ALSO READ | 5 Times Our Favourite Punjabi Celebrities Pranked Each Other 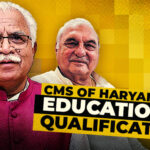 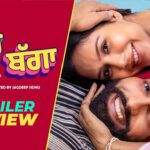