“Ram Setu”, the next film starring actor Akshay Kumar, has already been dogged by controversy before its release in theatres. BJP stalwart and former Rajya Sabha MP Subramanian Swamy has announced to file a petition demanding compensation from producers, after which, the Abhishek Sharma-directed upcoming movie “Ram Setu” will likely run into legal difficulty.

“The suit for compensation has been finalised by my associate Satya Sabharwal Adv. I am suing Akshay Kumar, actor & Karma Media for damages cause by falsification in portrayal of the Ram Setu issue in their film for release.”

Political uproar has been sparked by the upcoming movie “Ram Setu” following the news of a petition from Subramanian Swamy asking for the Central government to declare “Ram Setu” a national heritage monument. The Supreme Court will hear the matter next week. Ram Setu, later also known as “Adam’s Bridge”, lies between Pamban Island, also called Rameswaram Island, off the south-eastern coast of Tamil Nadu, and Mannar Island, off the north-western coast of Sri Lanka.

As tweeted by Satya Sabharwal:

“A film based on Ram Setu, has been produced by Karma Media, where Dr. @Swamy39’s SC Order has been used as a Poster. Will be filing a Suit.

Subramanian Swamy showed extreme displeasure and emphasised how the video portrayed Ram Setu’s condition. He said that the facts in the upcoming movie had been tampered, and also implied in a series of tweets that actor Akshay Kumar would be detained in connection with the matter. He added, “If actor Akshay Kumar is a foreign citizen, we can demand that he be detained and evicted from his adopted nation.” 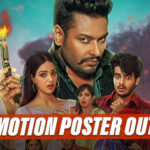 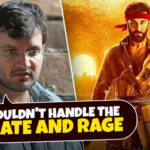