Nitish Rana, an explosive cricketer who represents Delhi in domestic cricket and Indian Premier League club Kolkata Knight Riders, recently uploaded a clip on his Instagram account. The clip shows him talking to comedian Kapil Sharma about the taunts he had to face during the initial stages of his career.

He says that many relatives used to suggest that he give up sports and study better to get a good government job. The video then transits to Nitish Rana entering with his weapon and the KKR jersey, and shows some of the most explosive shots by the cricketer in his career.

What makes the video interesting is that Sidhu Moosewala’s Bitch I’m back in the background is stealing our attention. The athlete chose Bitch I’m back to give a mouth-shutting reply to all the people who did not believe in him.

READ | Do You Know The Pricing Of Sidhu Moosewala’s Attire In The Burberry Song?

Through the video and the song in the background, Nitish Rana appears to reply to the relatives’ comments. When Kapil asks him if those relatives meet him now, when he is a successful cricketer. Replying to Kapil’s question, he said that now he does not meet them. Sidhu Moosewala also shared this Instagram clip on his Instagram story.

Sidhu Moosewala’s popularity is so huge today that even Bollywood stars and International cricketers listen to him. Previously too, we have seen many cricketers and Bollywood celebrities dancing and singing Sidhu’s songs.

With Moosetape, he is now becoming a global icon and has already started breaking records. Just a few days ago, Bitch I’m back topped the Billboard Triller Global Charts and today Nitish uploaded a video on it. Sidhu is a global star now and there is no denying that. 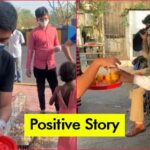 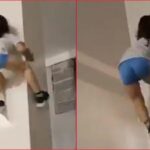