One of India’s leading FMCG companies, Dabur India Limited’s latest Karwa Chauth commercial was making the headlines. It was probably the first instance in the country that a lesbian-couple based advertisement was broadcasted by a major company in India to celebrate the country’s festival.

The advertisement and the company were also being praised by the public for aiming to fight ‘homophobia’ in India and spread awareness about same-sex relationships and marriages. However, the ad did not go well with Narottam Mishra, Madhya Pradesh’s Home Minister. He directed the DGP to ask Dabur to withdraw the ‘objectionable’ ad as soon as possible and threatened to take legal actions against the company if it fails to do so.

8 Shocking Incidents Which Proves Sex Education Is Important In India

The minister said that the advertisements was ‘objectionable’ because it showed a same-sex couple celebrating ‘Hindu’ festival Karwa Chauth and watching each other through a sieve (a ritual in the festival). He added that he viewed this matter as a ‘serious’ one because such advertisements and clippings are always made only on Hindu festivals. Today, they showed Lesbians celebrating Karwa Chauth, tomorrow they’ll show men taking ‘feras’ (a ritual to get married), this is objectionable, said the minister.

The company was also quick to withdraw its advertisement. Dabur said that they did not want to offend anyone’s beliefs, religious sentiments or culture through their ad. They’ve always stood for equality and their campaigns also reflect the same. However, they understand that not everyone has the same point of view as them.

The company apologised for hurting the sentiments of the people unknowingly and later the Fem’s ad campaign was withdrawn and as of now, the lesbian couple celebrating Karwa Chauth advertisement is not being broadcasted anywhere. 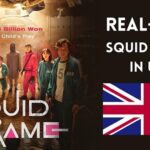 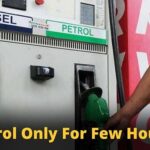