Alia Bhatt made her debut as a producer with her latest movie Darlings released this friday on Netflix. Helmed by Jasmeen K. Reen. Darlings is a movie of dark comedy genre. What does Alia have to offer with her newest OTT release? Read our Darlings Movie Review to know the answers.

Darlings is a comedy thriller based on domestic abuse and stars Alia Bhatt, Shefali Shah and Vijay Varma in lead roles alongside Roshan Mathew, Rajesh Sharma, Vijay Maurya and others in supporting cast. Darlings’ trailer argued it to be a movie that has a lot to offer. But what is it actually delivered? Does it deserve your time and money to buy a Netflix premium? Keeping all questions in mind and still spoiling nothing, Kiddaan has penned this Darlings Movie Review to guide you with the best review that you must read before tuning in to Netflix for Darlings.

Darlings is a dark satire based on domestic abuse. The story revolves around Badrunnisa/Badru who get married to Hamza Shaikh after a love affair. But her decision turned out to be a disaster as Hamza, who is an alcoholic, abuses her physically as well as mentally. But our girl ‘Badru’ is in love and is not ready to ruin her marriage. She tries many ways to get rid of her husband’s alcohol but fails every time. One solution that she finds relevant is ‘get a baby and papa will quit alcohol’. Eventually it actually worked for sometime but then something happened and her mindset changed from ‘get rid of Hamza’s alcohol’ to ‘get rid of Hamza’. The revengeful Badru makes plans with her mother ‘Shamsunnissa’ to torture his husband. In all this rollercoaster drama the story progresses towards a justified ending.

The story is not unknown but the way it was delivered makes it special. The movie’s simple yet effective screenplay is all that the story demands. The special thing about the Darlings movie is that when you tune in at the first minute or tenth or after the interval, you will always understand the whole story but still you will miss a bundle of things.

Alia Bhatt has raised the bar this time. She has perfectly portrayed the character of ‘Badru’. Her expressions…wow!! From a caring wife to an angry wife, a feared wife to ‘what he can do more’ wife,  from a wife who loves too much to ‘revenge seeking’,  Alia has been phenomenal in each avatar.

After Alia let’s talk about her onscreen mother Shefali Shah in our Darlings Movie Review. My words will fall short in appreciating Shefali’s performance, ‘She is like a fine wine that aged well’. Although ‘Shamsunissa’ is a strong character herself in the story, it was Shefali who took her character to another level. There are many scenes in the movie where she didn’t even speak a single word but remained equally impactful with expressions only.

Talking about the ladies, now it’s time to discuss the man, Vijay Varma who can also be termed as another netflix original, ‘The Most Hated Man on Internet’. Whenever people talk about Darlings movie in future, major credits will be given to Alia & Shefali. But Vijay Varma is the man–the devil of the movie who worked as a catalyst to brighten other’s performance as well. You will hate him at every single scene but still can’t deny the fact that you fell in love with his mind blowing performance. He brought depth to the performance side of the movie. And mark our words, despite having actors like Alia Bhatt and Shefali Shah as his co-stars, Vijay Varma is the show stealer in Darlings.

Other actors in the movie including Roshan Mathew, Rajesh Sharma & Vijay Maurya also did splendid job in portraying their characters as well.

Darlings is directed by Jasmeen K. Reen and we must say that Jasmeen was outstanding in providing the content that we actually needed. Her hard work can be seen in every single second of the movie. The way she handled the cast to yield the best out of them is commendable. Screenplay is the main volume of this movie and Jasmeen didn’t miss any shot from her dictionary to make this movie a screenplay genius. Although I also feel that the story could have included more thrilling scenes to develop the story well. But overall Jasmeen is outstanding in her latest release.

We already knew that Netflix movies are not known for its songs & music, Darlings is no different. Yes! It does have a few songs that actually complement the story & screenplay well. ‘Pleaj’ is penned by Gulzar and is actually a groovy track.

One thing that makes any movie special or average is its background score and a dark comedy like Darlings could have been doomed if its BGM turned out average. But its BGM was a cherry on the cake. Not even at a single scene the background score feels unpleasant.

What Makes It Unique

Darlings is not an everyday bollywood movie. It doesn’t include a story that is very new to us or unpredictable but what makes it unique is its style of narration. You don’t usually get to watch a dark comedy that boasts a serious issue like ‘Domestic Abuse’. Most of all the performances of each actor in the movie makes it a fine bollywood project.

Concluding this Darlings Movie Review with the appreciation for all the team of Darlings for giving us the content we were actually seeking from bollywood. Now it’s the time to rate the movie, so we have given the movie 3.5 stars for a wonderful story. But we will also like to add half a star more because it was unique and the performances definitely deserve extra appreciation. So finally, Kiddaan rates Darlings movie 4 out of 5 stars.

If you have read this far then you must have made the mind to watch this movie ASAP! Just tune in to Netflix and enjoy this Alia Bhatt starrer Darlings..just Go!!

Haven’t watched the Darlings trailer yet, here it is, check it out. 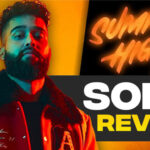 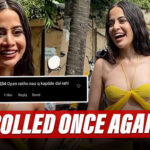