Makers of 83 are facing legal trouble as they have been dragged into a controversial case. A case of alleged cheating has been registered against Deepika Padukone and the makers of this sports drama. According to India Today, “A UAE-based financer approached the Andheri Metropolitan Magistrate Court in Mumbai and has filed a complaint against the makers of ’83, alleging that his company was promised good returns by Vibri Media after they invested approximately Rs 16 crores.”

Apart from actress-producer Deepika Padukone, filmmakers Sajid Nadiadwala, 83’s director Kabir Khan, Phantom films and four others are also named accused by Future Resources FZE. Through the complaint, FZE has sought for issuance of process against all the accused of allegedly committing offenses under Sections 405, 406 (criminal breach of trust), 415, 418, 420 (cheating) and 120B (criminal conspiracy) of the Indian Penal Code.

The report further states that their funds were directed into multiple agreements involving filmmakers like Kabir Khan, Sajid Nadiadwala and Deepika and others, with Vibri investment being used for the production of 83 without getting any written consent from the complainant.

Speaking of the film, directed by Kabir Khan, 83 narrates the story of the Indian cricket team’s victory at the 1983 World Cup. With Ranveer stepping into the shoes of Kapil Dev for this real life drama, Deepika will be seen essaying his onscreen wife, Romi Bhatia. This entertainer also stars Punjabi artist Harrdy Sandhu and Ammy Virk in pivotal roles. ’83 will hit the screens on December 24. 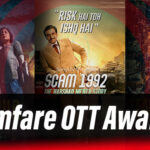 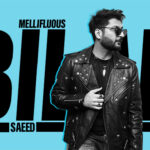