Bollywood Industry is witnessing many cases of women demanding equal pays and recently Bollywood actress Deepika Padukone has recently lost a movie due to the same. Yes, undoubtedly Deepika is one of the most popular and top listed actresses of Bollywood Film Industry she has been dropped out of an upcoming project.

And you will be more than shocked to know that the project is helmed by none other than Sanjay leela Bhansali who has already worked with her for three superhit movies in a row i.e. Goliyon Ki Rasleela Ram-Leela, Bajirao Mastani and Padmaavat. And shockingly all of these three movies starred Ranveer Singh opposite her in the lead role, who is also the finalised lead actor of the upcoming project from which Deepika has been dropped out.

The upcoming bollywood movie titled Baiju Bawra will star Ranveer Singh in the lead role and will be directed by Sanjay Leela Bhansali. But for now the lead actress for the same has not been finalised. Earlier Deepika was considered for the lead character but was dropped out as she demanded equal fees as her husband and the lead actor of the movie; Ranveer Singh.

Some source has revealed,

“It is Ranveer Singh who has been finalised. An official announcement is in the offing, but yes, a few modalities yet remain to be worked out. Probably post all that, Bhansali will declare. But as things stand today, it is Ranveer”

Another statement from a source also quotes,

“Apparently, Deepika wants the same remuneration as her husband. Not a penny more, not a penny less. In a way, it works out for the better. Four Ranveer – Deepika films in a row from Sanjay Leela Bhansali would have been excessive, don’t you think?”

Various popular celebrities have already raised their voices against this pay gap but it looks like the industry and its people aren’t in a great mood to look forward to it. 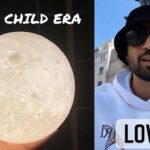 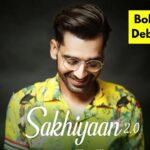