Simiran Kaur Dhadli’s latest song ‘Lahu Di Awaaz’ is the talk of the town. When a song, so controversial, is written, it is sure to raise issues. The song was bound to divide people on both sides, in favour of the song and against.

On one hand, while big names of the industry like Sidhu Moosewala, Honey Singh, Himanshi Khurana and many more are coming out in open support of the song, an Instagram content creator has slammed the song for ‘slut shaming’.

Khamkha Photo Artist is an Instagram page run by Tejinder Singh Khamkha, who uses his art to raise awareness regarding various social issues. His work has earned him a follow by various big celebrities, the prime example being none other than Priyanka Chopra. The page slammed Simiran Kaur Dhadli’s latest song, Lahu Di Awaaz, for carrying out the wrong narrative.

Tagging Simiran In a post, he wrote that the song is the definition of slut shaming. The song tends to normalise rape culture by blaming women for having an ‘agency’ over their bodies. Adding further, the post said that it has taken decades of struggle and sacrifices by the world so that women can reclaim their bodies, and the song defines all of them as attention seekers and fake feminists.

It further added that the song tends to blame women for rapes against them. The actual issue is not the length of women’s clothes, but the dirty gaze of some. Talking about how patriarchy is deeply rooted in Indian society, the message ended with calling the song ‘the cheapest shot’.

The post also called for the women whose photos and videos have been used in the song without their prior permission, to file a lawsuit against the song and the singer. In other words, the post completely slams Lahu Di Awaaz, that was being praised by many, as a song that slut-shames women, justifies rape culture and promote conservatism that hinders women empowerment.

The post has been shared by many women who support Khamkha’s ideology. Notable figures like Noor Chahal, who is known for her melodious voice and creating cover songs and Meeti Kalher, a social media influencer. Moose Jattana, who was recently evicted from the Bigg Boss OTT, commented below the post in its support. What is your take on the issue? Is Simiran Kaur Dhadli’s Lahu Di Awaaz ‘a perfect reply’ to fake feminists or is it a failed attempt to put the issue forward? 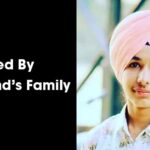 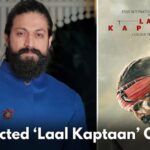